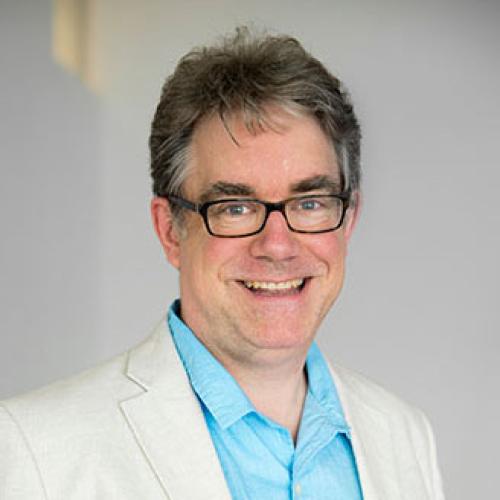 Director, The Mesoamerica Center
Linda and David Schele Chair in the Art and Writing of Mesoamerica

David Stuart's interests in the traditional cultures of Mesoamerica are wide-ranging, but his primary research focuses is the archaeology and epigraphy of ancient Maya civilization.

He received his PhD in Anthropology from Vanderbilt University in 1995 and taught at Harvard University for eleven years before arriving at UT Austin in 2004, where he teaches in the Department of Art and Art History. Stuart regularly conducts field research at numerous archaeological sites in Mexico, Guatemala and Honduras, mostly focusing on the documentation and study of Maya sculpture and inscriptions. His major research focus of late is on the art and epigraphy at Copan (Honduras), Palenque (Mexico), and Piedras Negras, La Corona, and San Bartolo (Guatemala). Stuart's early work on the decipherment of Maya hieroglyphs led to a MacArthur Fellowship in 1984.

His publications include Ten Phonetic Syllables (1987), which laid much of the groundwork for the now-accepted methodology of Maya hieroglyphic decipherment. In 2003 he published a volume in the ongoing Corpus of Maya Hieroglyphic Inscriptions series (Peabody Museum, Harvard University), devoted to drawings and photographs of sculpture from Piedras Negras, Guatemala. His most recent book is The Order of Days: The Maya World and the Truth about 2012 (Random House). Stuart's research and contributions to Maya studies were recently featured in the award-winning PBS documentary "Cracking the Maya Code" (NightFire Films, 2008).

Stuart is Director of The Mesoamerica Center at The University of Texas at Austin, which fosters multi-disciplinary studies on ancient American art and culture. He also oversees the activities of the newly established Casa Herrera, the university's academic research center in Antigua, Guatemala, devoted to studies in the art, archaeology and culture of Mesoamerica.