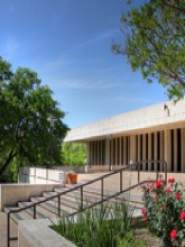 Workshops are held from 9:00- 4:00 pm January 13-15, 2015. You can only enroll in one workshop, as they are all happening concurrenlty. Workshop fee includes lunch box ticket.

Directions and parking information to The Thompson Conference Center

Gifts to the Gods: Sacred and Sacrifice at Yaxchilan
Alexandre Tokovinine, Peabody Museum of Archaeology and Ethnology, Harvard University


This workshop explores the rich body of visual and textual data provided by the monuments at the archaeological site of Yaxchilan, Chiapas, Mexico. Its particular emphasis is on the relationship between the holy rulers of the city, their consorts, heirs and noblemen, and the powers which shaped the destinies of the royal court and its inhabitants and were personified as deities of different kinds. The reciprocal exchange between the royal family and its divine patrons figures prominently in Yaxchilan texts and images. To a somewhat lesser extent, the monuments also hint at a similar arrangement between the king and his subjects. The workshop participants will study the inscriptions revealing various facets of these relationships and some underlying concepts. A collection of relevant readings and a workbook will be provided. It is an intermediate-level workshop, so some background knowledge of Maya writing and culture is required.

‘The Classic Maya Syllabary’. The words have a deceptively unitary connotation, as if there were only one set of syllabic signs valid in all times and places. Yet Maya writing was in use for almost two millennia (from ca. 400 B.C. to A.D. 1565) and underwent numerous formal and structural changes during that considerable time span. Recent findings suggest that the syllabary's core elements may have been borrowed from a presently unknown writing tradition recording an undocumented Mesoamerican Indian language. (That is, iconically-recognizable signs such as the a ‘parrot’, e ‘toad’ and u ‘shark’ cannot presently be explained by recourse to Mayan linguistic resources alone.) Nonetheless, numerous new signs were added over the centuries, initially via the acrophonic reduction of Mayan words (explaining the production of syllables like k'u from the earlier word sign K’U’ “nest”) and later on when sound changes resulted in the abbreviation of still other Classic Mayan words into phonetic syllables (such as when the loss of vowel length and the reduction of the h/j contrast around A.D. 750 led to the reduction of word signs like BAAH “gopher” and TAJ “torch” to the phonetic signs ba and ta). In this workshop, students will use Classic Mayan texts and the dictionaries of both Mayan and non-Mayan languages to explore the origins and manifold developments of the Classic Maya syllabary. Prior experience is recommended but not required to attend this workshop.

This workshop, using the theme of this symposium, “Body and Sacrifice” will focus on the visual aspects that the Ancient Maya produced using images from painted and carved vessels as well as three dimensional objects. The workshop will also examine carvings in stone that relate to various sacrificial practices involved in the Maya ball game. Participants are asked to prepare for this workshop by reading The Royal Ballgame of the Ancient Maya: An Epigrapgher's View by Alexandre Tokovinine  and Deathly Sport by Stephen Houston.  Participants will be asked to discuss the Mesoamerican game relative to the visual aspects that will be presented during the session.

The workshop will examine warfare as presented on the vessels as well as wall paintings in light of the treatment of captives. Preparation for this theme may be perused using the Mayavase Database, using the search term “war” as well as “The Spectacle of the Late Maya court: Reflections on the Murals of Bonampak” by Mary Miller and Claudia Brittenbaum. One of the questions we will raise will be; was warfare primarily for territory or captives for sacrifice? We will also deal with the concept of entertainment and celebration in the aftermath of battle.The workshop will examine “body art” in terms of tattoos, scarification, and makeup again using both images from vessels as well as three dimensional objects. In this area we will discuss the role of woman as a political creature and did her makeup and costume play a part. We will wonder why, in Maya art, although there are countless images of individuals, there is almost no nudity or images we would consider erotic.